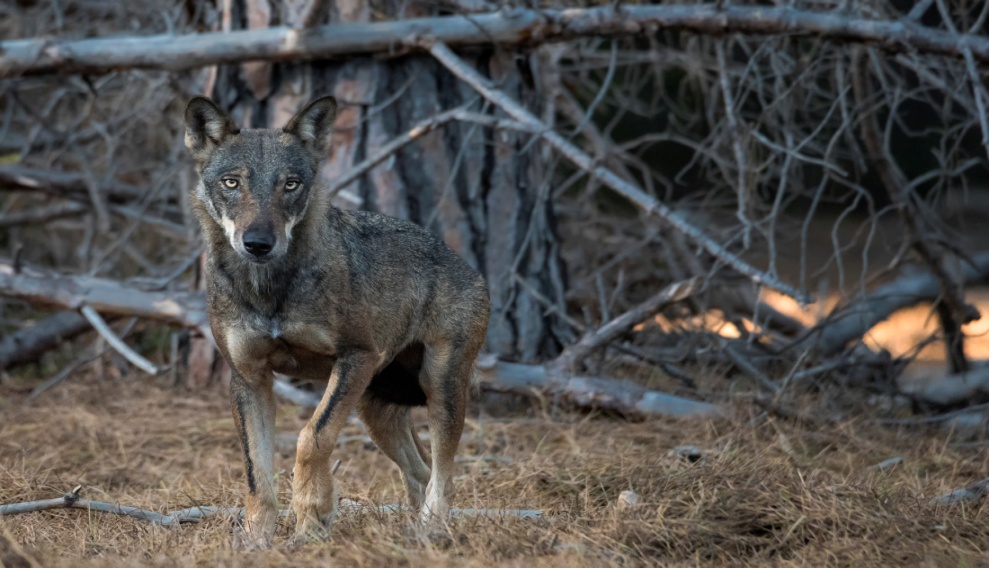 They are located in the Tuscan Maremma and include 3 State Natural Reserves: 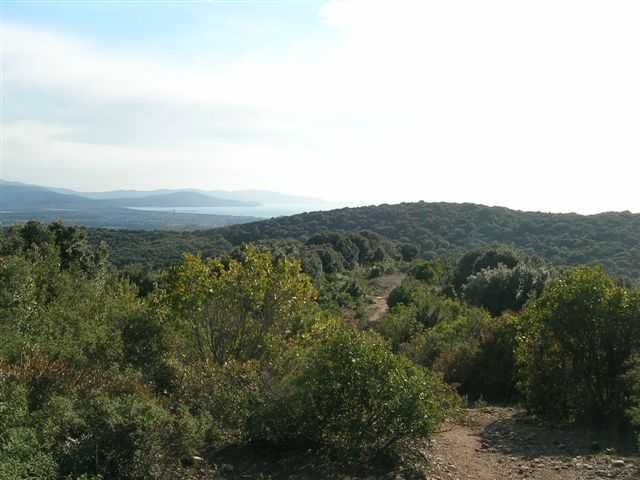 The protected area, one of the first Integral Natural Reserves established in Italy, is located in the north-western part of the province of Grosseto, and extends for 99 hectares (49 of which constitute the protection area) in the municipal area of ​​Follonica. The Reserve is entirely included in the perimeter of the Interprovincial Park of Montoni, and is therefore immersed in a much larger wooded area, not presenting solutions of continuity with the latter. The main purpose of establishing the Integral Reserve is the protection of biodiversity through the conservation of habitats and the monitoring of the evolutionary dynamics of undisturbed forest populations. Access is allowed only for educational, research or administrative and supervisory purposes. The elevation profile is low hilly, where modest reliefs alternate with areas of impluvium characterized by greater humidity and soil accumulation. The current stands derive from coppice cuts in relatively short shifts, aimed at the production of firewood and coal. 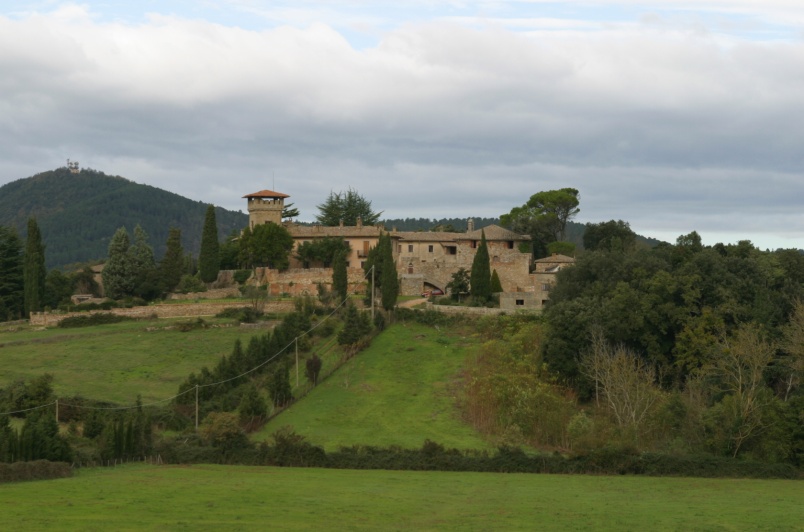 The Belagaio State Animal Population Nature Reserve is located entirely within the largest Provincial Nature Reserve "Farma"; it is almost entirely wooded and the agricultural surfaces, pastures and arable land, are located around the castle while the wooded areas are on the side of the Farma stream. The forest occupies most of the area, with over 125 hectares, compared to about 33 hectares of agricultural, company and courtyard areas. 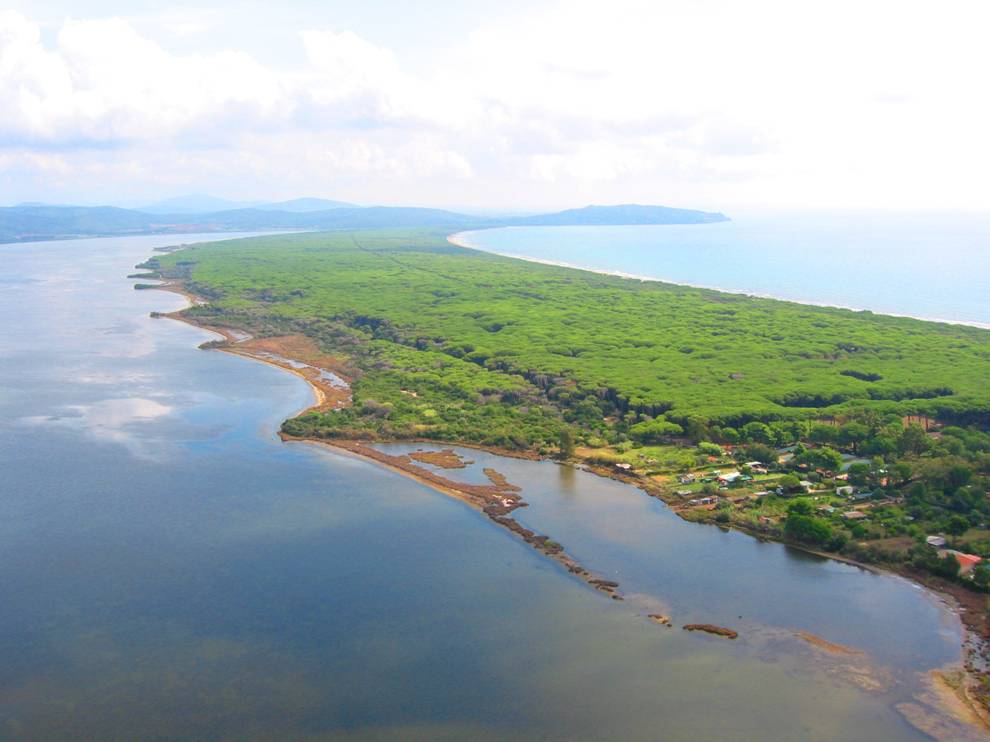 The "Duna Feniglia" Forest Protection Reserve, occupies a strip of 474 hectares of flat land between the Orbetello lagoon to the north and the Tyrrhenian Sea to the south, joining the Argentario promontory, near Porto Ercole, with the hill of Ansedonia. In 1910, through expropriation actions, the Feniglia came to the Forestry Property, and from the following year the reforestation works on the dune began. Over the span of 50 years, about 460 hectares were reforested, most of which with stone pine from pine nuts. In 1971, the Feniglia Dune was declared a Forest Protection Reserve, precisely because of its important function as an obstacle to erosion exerted by sea winds. The morphology is typical of sandy coast environments, with a dune cordon and a back-dune environment in which sometimes there are areas subjected to temporary flooding.

Testimony of the ancient "Selva di Terracina", an intricate forest which, after the integral reclamation of the Agro Pontino, gave way to agricultural estates, saving only the over 3 thousand hectares of the State Forest. Today it is the largest plain forest of natural origin in Italy; it grows on an ancient dune that alternates raised areas with depressions which, perpetuating a pre-reclamation toponymy referring to the marshy hydraulic regime, take the name, respectively, of pools and lestre. Some of these, due to the presence of characteristics similar to those of the old forest, constitute Integral Natural Reserves with another protection regime.
Position, type of soil, abundance and superficiality of the aquifer, (albeit with a negative trend in quantity, depth and quality of the water following the reclamation and diffusion of intensive agricultural practices in the surrounding area) determine forest presence, such as Turkey oak and English oak, common trees in the low mountain range, which further characterize this forest.

The humid environment of the Fogliano district develops close to the dune: about 1100 hectares which constitute the most important Ramsar area in Lazio and one of the main in Italy. It is characterized by a succession of three Coastal Lakes (Caprolace, Monaci and Fogliano) and by wetlands that are seasonally flooded which, together with the interluded pastures, form a territorial complex declared "Wetland of International Interest" under the Ramsar Convention. Despite the changes made during the great reclamation work of the 1930s, the brackish lagoons and the areas seasonally flooded by fresh water offer an environment particularly suitable for the various needs of stopping, wintering or nesting of numerous species of migratory avifauna. The entire area represents the largest reservoir of biodiversity in the Circeo National Park. 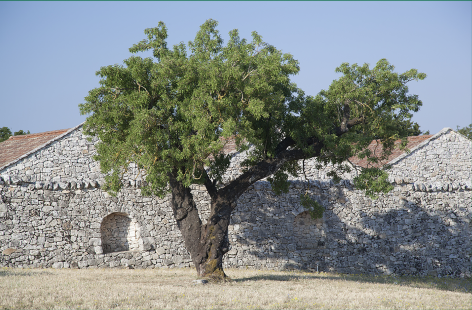 The State Natural Reserve established in 1972 named “Eastern Murge”, covers about 733 hectares of State land, most of which of wooded areas consist mainly of an local oak, the “fragno” (Quercus trojana). The Reserve is located within the countryside of Martina Franca, a town placed in south Italy in the Apulia Region. The area, managed by “Reparto Carabinieri Biodiversità” includes also the Equestrian Center of Italian “Carabinieri” where horses of a local breed (murgese) are trained. The Reserve lies within a territory that has great historical value for its landscape and nature: the rural landscapes, typical of the Apulian murgia of the “trulli”. In recent years in this protected natural area there has been the recolonization by the wolf, which has been missing for several decades. 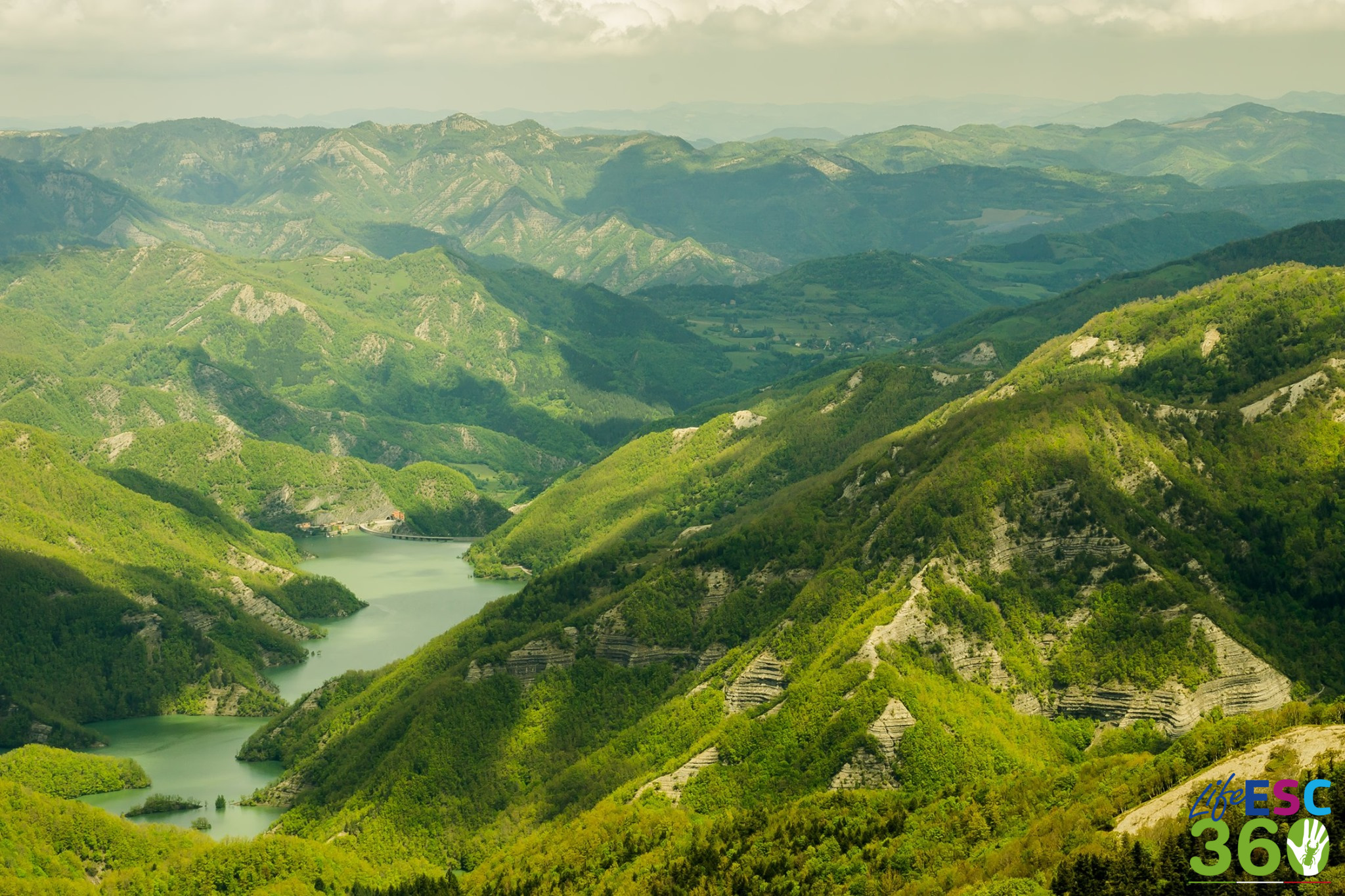 The Casentinesi Biogenetic Natural Reserves of Badia Prataglia, Camaldoli, Campigna, Scodella and the Integral Reserve of Sasso Fratino (first Italian reserve and irreplaceable reference for the subsequent national strategy for the conservation of protected areas), extend over 5300 hectares of entirely wooded territory on the stretch of the Tosco-Romagnolo Apennine ridge that goes from Monte Falco to the Cima del Termine. It is one of the largest forest surface in Western Europe, heart of the National Park of the Foreste Casentinesi, Monte Falterona e Campigna. The forest landscape is composed by beech woods, mixed woods with a prevalence of silver fir and beech and, at lower altitudes, mixed deciduous woods, it is one of the richest in biodiversity forest complexes. The ancient beech woods of Sasso Fratino in 2017 were recognized as a UNESCO World Heritage Site as a component of the serial site Ancient and Primeval Beech Forests of the Carpathians and other Regions of Europe. 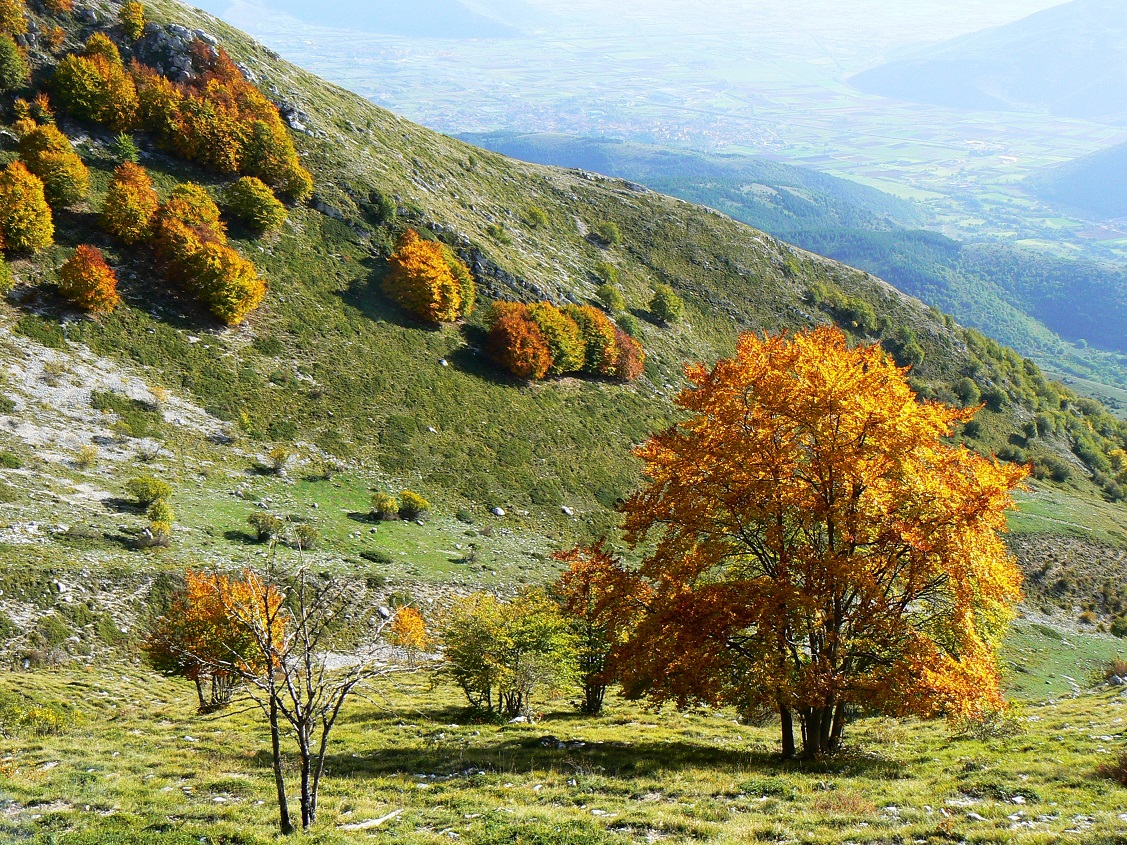 The Nature Reserves in Abruzzo and Molise

The protected areas managed by the Carabinieri Biodiversity Department in Castel di Sangro are all located in the Central Apennines between Abruzzo and Molise, in an area characterised by imposing mountain ranges at an altitude of between 900 and 2,500 m above sea level. Along the mountain slopes and in the valleys, the inaccessible forests dominated by beech trees represent unique examples of naturalness. There are also important high-altitude habitats with a high degree of naturalness.

The Oriented Nature Reserves of “Monte Velino”, “Feudo Intramonti”, “Colle di Licco”, “Quarto Santa Chiara” and “Pantaniello”, together with the “Val Canneto”, “Valle Cupa” and “Feudo Carceri” State Forests, protect a total area of about 7,000 hectares. They are all included in the European Union Natura 2000 Network and, for the most part, also fall within the National Parks of Abruzzo, Lazio and Molise and the Majella and the Sirente-Velino Regional Park.

This vast area comprises particularly intact and wild ecosystems, habitats and species, with a level of biodiversity in many ways unique. It is home to important habitats and plant and animal species protected (some at priority level) by the European Union Habitats Directive.

During monitoring activities, the volunteers will be lodged in guest houses owned by Carabinieri. All the accommodations are adapted considering the needs of volunteers such as beds, bathroom, common room for team work and social activities, refectory and Internet connection.